How to Change The Fonts In Your Android Phone

Android devices are being in use for a long time and has turned out to be perfectly cool since then. The operating system of Androids are named as the most user friendly device available. We all know how they keep sending updates to improve the user’s experiences in a better way by introducing new features.

But there are a few things that comes as default that we wish we could change into our preferences. The font size is one such factor that is the same in every Androids by default. But if you want to change this into a different font, you can do it. 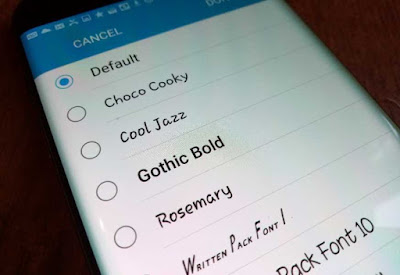 Well, yes! You can change the font as per your taste and make a new change to your Android smartphone. This option is available as the Androids are best in helping the users customize their phones accordingly as they wish. They help you connect to the playstore and find the app that would help you to make the change you are looking for. And also some of the Androids in wanting to make a change from the others, from their OMEs has got bundles of additional fonts in their phones. Note that not all the Android device has this option but not to worry as you can still make the change in the font in your smartphone using other methods.

There are a few procedures to get this done. If you are someone who is literally in a need to make your phone look different from others or you are bored looking at the same old fonts forever, then why wasting time? Let us move on to check on the steps that can be followed to change the font in your phone according to your preferences.

How to Change the Fonts In Your Android

As told earlier some of the Android phones come with the inbuilt feature of changing the fonts. If you are lucky enough to have that particular Android in your hand, then you will not have to go on looking for third party apps or other font apps, as your phone will easily help you do the needed change.
Well, a good news for the Samsung smartphone users, your phone has got a few fonts inbuilt that can be used to change the default font style. Let’s see how to do it in your Samsung phone.

Firstly, you have to go to the ‘Settings’ tab from your phone.

Then select the ‘Display’ option and move on to the ‘Screen Zoom And Fonts’. There you have to scroll down until you find the option ‘Font Styles’. 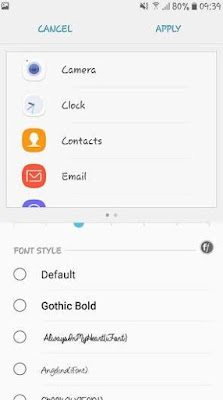 Next, you have to select a font among the few listed below and confirm the option if it is the default font you want to set up.

Not only Samsung but other Androids such as LG, HYC or OnePlus smartphones too let you make the change. So in that case you have to go to the ‘Settings’ > ‘Display’ > ‘Fonts’ and from there make the change. According to your Android settings you might have small changes in the process, so just follow the procedures as it is.

If you don’t find the font settings in your Android then nothing to worry you can get it done using a third party launcher. By doing so you can have the change in the fonts as you like. So let us see how to do it using the ‘Apex Launcher’

Get the Apex launcher from Google playstore to your Android smartphone.

The tap on the 'Apex Settings' which is available at the center as a gear icon.

There look for the ‘Advanced Settings’ and tap it.

Then locate the ‘Icon Settings Menu’.

Now the app will autonomous update the phone with the icon label.

Doing this the fonts will be changed, but note that it will not change the fonts from the apps that you installed to the phone. Only the home screen and the app menu will make the change in the font style others will have the default one.

You will be able to find plenty of apps to change the font style in your phone in the Google playstore. But most of such apps will require your Android phone to be rooted to work accurately. But in Samsung you can get it done eventually.

If you go with the apps ifonts or iflix, then you will not have to have your phone rooted, it works on non rooted devices too.

So now let us also check on a most prominent app that can be used to fulfill the need of changing the font in your phone.

Change The Font In Your Non Rooted Galaxy Device Using The App Fontfix.

Get the app Fontfix to your Android smartphone from Google playstore.

Launch the app and there you will have all the fonts that are available. 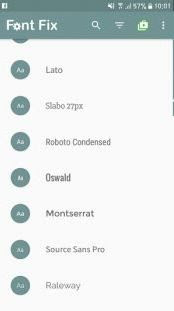 Select the font that you want to install. 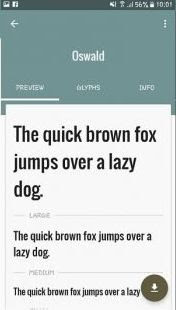 Next you will get a popup message, press continue after reading.

Thereafter in the next popup you have to tap on the ‘Install’ button and do it again. 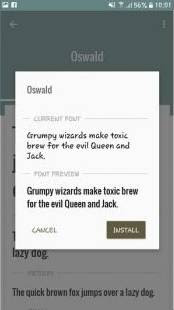 Now you have to select the font and press ‘Apply’.

The font will be automatically updated.

So that’s it, now this way to can change the fonts of your Android phone. Even if you don’t have the possibility to do it by default in your phone, you can get it done through a launcher or a third party app. So I hope this app would have helped you to change the font and make a change.