How To Share Android Screen With Another Android Phone

If you're working at IT section in a company, you might have worked with others through remote connection which let us to access others computer from our computer. Mostly we use remote connections with someone else computer to troubleshoot software related issues or any other small issues like installing advanced software and so on.

Actually remote connections to our client PC or our friend's PC can save lot of time in troubleshooting the issue in that particular computer, because we don't need to visit their place if they are not good in the basic issue in troubleshoot.While there are many free and paid remote access software available for computers, smartphones has very less apps for remote access one to another. Also most of them contain ads and comes with many bugs. So finding the right app for mobile remote access is always a tough challenge. In this article, I'm going to introduce you a very simple and powerful screen sharing applications which let you to share your Android phone screen with another Android phone. 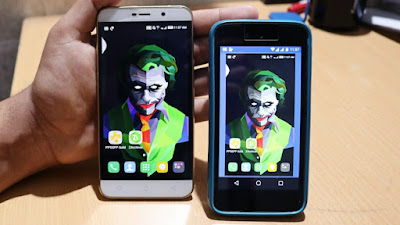 This application will be very helpful in case if your friend or relative doesn't know how to fix any Google playstore error or how to solve internal memory error.

You have to get the app named Inkwire screen share directly from Google playstore to both the Android smartphone or tablet.

Lets move on to know how to share your Android screen with another Android phone.
Firstly start the application from sender's phone and generate a access code which should be entered in receiver's phone to verify the screen sharing process. 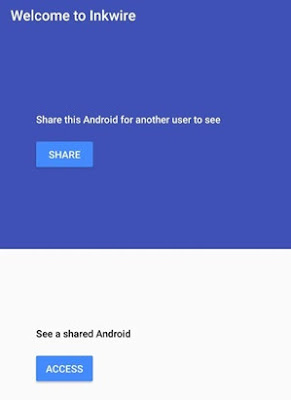 Now the device will request you to allow permission to share microphone and screen with other device. Once you allow the permission you will get the access code which should be entered in recipient Android device to access your phone. 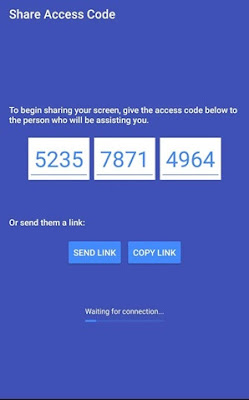 Now you have to share the confidential code with other Android device to confirm the sharing screen. Once the receiver got the access code, he has to start the app in his phone and click on 'Access' button. Now the app will ask the receiver to verify the screen sharing access code and once the receiver enter the right code, soon the phone will connect with sender's phone screen. 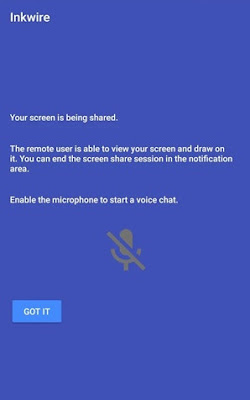 That's it. You're done. Now the receiver will able to see the sender's phone screen from his phone. So this is one of the most easiest way to connect with any Android device remotely to troubleshoot or fix any software related basic issues from any location in the world. You can download 'Inkwire' app to your Android device by Clicking here.

Please note that both the phones have to install this application in their phone for screen sharing/ receiving and a good internet connection is a must in both the phones to avoid interruption.

Apart from the above mentioned methods, there are more options that you can follow to share your Android screen to another Android device. So come let us take a look at a few alternatives.

This 'ApowerMirror' is a screen mirroring app which will be one awesome option. The latest version of the app now also allow mirroring of an iOS to Android or the other way around too.

Android to Android is also available and so you can try this app out which is quiet simple and effective. All you got to do is follow the steps provided below to get it done.

Get the app named 'ApowerMirror' directly from the Google playstore to both the Android device.

Then you have to connect both the Android devices to the same WiFi connection and launch the apps in the devices.

Next head on to the 'WiFi Connection' and tap on the 'Blue Mirror Icon' which is available on the bottom of the screen and then it will start searching for the devices that are available to connect. 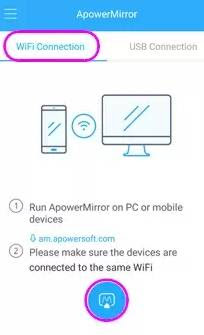 From the list of devices that is found, select the Android device that you want to share the screen with and click 'Start Now' and then automatically your Android screen will be visible on the other device. 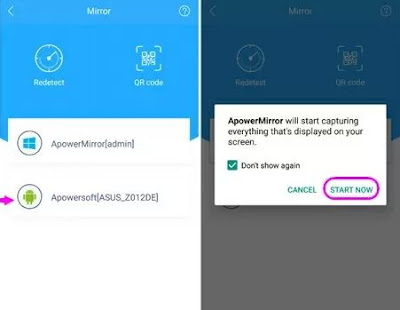 So this way, when it is connected you can easily share the screen with another Android device any time with no difficulties.

This app one of the most used apps in the Google playstore which comes with plenty of features like remote control, desktop sharing and also file transfer. Along with all of these, it also allows us to do screen mirroring between two Android devices. Let’s see how to do it.

First you have to get the app 'Teamviewer for Remote Control' and 'Teamviewer Quick Support' directly from the Google playstore to both the Android devices.

Then you have to open the 'Team Viewer For Remote Control' on the device from which the screen should be shared and also in the other device open the ‘Teamviewer Quick Support’. 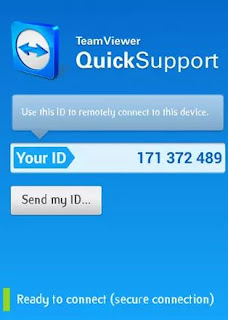 When you launch the Quick support application you will find an ID of the device. For the remote control, you have to enter the ID you got for the quick support to connect both the devices. 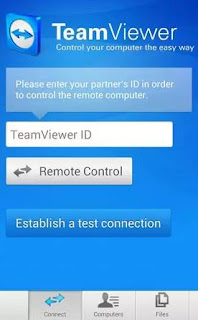 Then a popup message would come asking for the remote support for your Android smartphone, simply press ‘Allow’ and then ‘Start Now’.
That’s it, now your Android will start mirroring in the other device.

We all use Skype to connect to one another over audio or video calls but now you can also do screen sharing. Yes, the Skype app recently updated it with the ability to share you screen with another Android device. To do screen mirroring both the devices should have the latest version of the app. 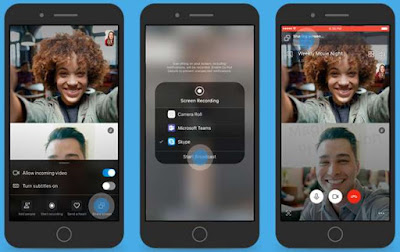 To get it done, you have to first open the app and then tap on the ‘Username’ to open up the conversation thread and then press the video or audio call icon to connect the call with the one whom you want to share the screen with. When it is connected, tap on the three dot from the bottom right corner and open the ‘Options’. Then select the option ‘Share Screen’ and start the mirroring feature.

It is free to use and also get alerts for screenshots.

RemoDroid is one of the simplest app that helps you to share screen of an Android with another Android. But you can screen share using the internet, it only allows you to do so only with your local network. If your device isn’t rooted then the remote assist feature cannot be used. And this app runs using the local IP address, so you can use the IP address to access your device from a browser from your PC itself. 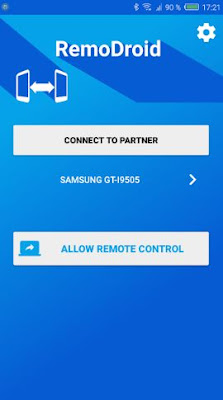 It is a free app and helps you share screen from an Android to another with no cost.

Just as what the name suggests, this app would allow you to share your Android screen with another Android device and

Also allows you to control the other device remotely from your device. So let’s see how to get it.

Firstly, you have to get the app named 'Share screen' directly from Google playstore to both the Android smartphones.

Then you have to send a code via SMS or directly and scan the device by selecting the option 'Send Code To'. 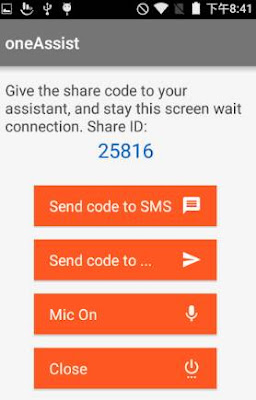 Now on the other device, you have to receive the code and click 'Connect'. 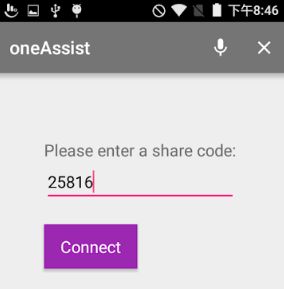 Next, you have to select one of the option from 'Share Screen' or 'Assist' depending on your need. 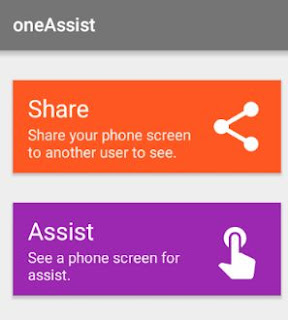 So that’s it, simple as that. You can now start mirroring your device and control or assist the other device.

Now we have checked on a few methods on how to share the Android screen with another Android, which is something very effective and needed by all. I hope this guide would have been useful for all of you.